As I mentioned in my previous post, I’m back from my 4-day road-trip to ZhangJiaJie, Hunan and now, I’m full of stories to tell and must write them out. Let’s start with Tianmen Mountain (天门山).

Tianmen Mountain is located in ZhangJiaJie (张家界) which is in Hunan (湖南) province. To get there will require you to board a cable car from somewhere in ZhangJiaJie. The cable car is one of the longest in the world with a total length of 24,459 feet (7,455 meters) and 98 cars. The ride takes around 20-30 minutes and along the way, I took lots of pictures of the beautiful landscapes. 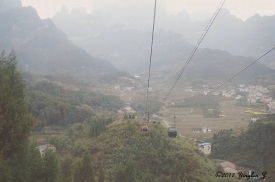 Sitting in the cable car, I soared across the city into the mountainous countryside of ZhangJiaJie where yellow 油菜 (you cai) flowers scattered about the foot of the mountain. As we ascended higher, I saw a raging river below, rushing water into the nearby reservoir. At the same time though, I was beginning to feel dizzy and wanted to vomit. I guessed it was as good of a time as ever to crack open my sea-sickness pills but at the same time, I felt like we were almost there.

The mountain can’t be that far, can’t it? 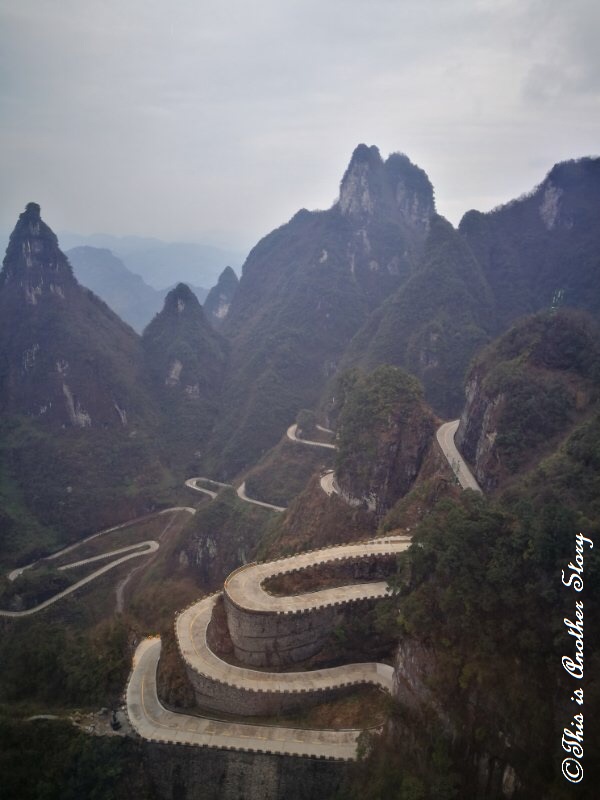 We continued to ascend and soon after that thought, we saw the famous road with 99 bends. Good luck navigating that road.

Not long after reaching this road, we encountered frost. “Snow?” One of the other cable car passenger said, unsure yet excited. Murmur began to spread among the 8 of us. “It is snow!” another said, excitingly.

After a few moments, my aunt corrected, “that’s not snow, it’s frost!” I could immediately hear the groans of disappointment from fellow passengers. It was indeed frost. A short time after spotting frost, we finally arrived at the top. The guide led us along a path to a little wooden house and behind that wooden house were baskets of shoe covers. “You have to put on shoe covers to get on the glass walkway.” My aunt said.

“Glass…walkway?” I gulped. But… [hyperventilating] but you didn’t say anything about that, I wanted to say but I was too busy hyperventilating and trying to get the shoe covers on. 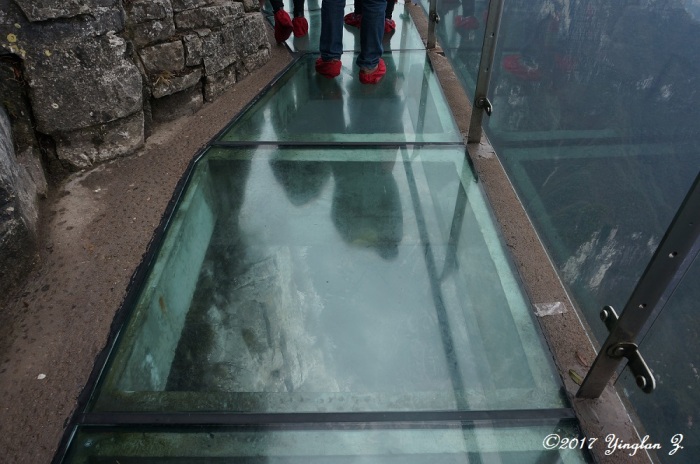 Legs trembling, I followed closely behind my aunt and her friend and took my first step on the glass walkway. Oh, I thought disappointingly after a moment. There was nothing to be afraid of. There wasn’t much to see beneath the glass. I was mostly just seeing my own reflection. How lame! It wasn’t like the glass box at the 103rd floor Skydeck in Chicago where there wasn’t a reflection.

I inhaled a breath of fresh air. At just slightly over 4,900 feet, it was the highest elevation I’ve been since I arrived in China and I think if it didn’t have the sea of people, this place would be a great nature getaway from the city. 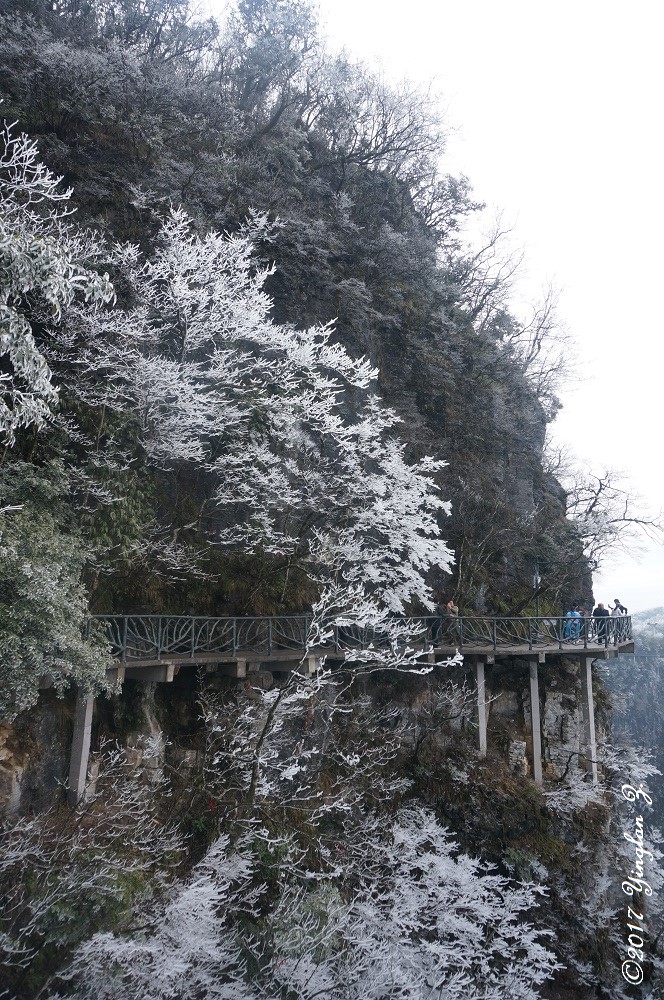 After two hours, the tour guide called us to meet back at the cable car. It was time to leave. With one last look, I said, “Next time.”

18 thoughts on “Atop Tianmen Mountain (天门山)”