I went on a hike yesterday (Sunday). It was a trail I wanted to do for a long time all because the name is quite intriguing – Waterfall Canyon. Doesn’t the name immediately make you think about waterfall? Well, as the name suggests, there is a 200-foot waterfall at the finish line and that was reason enough for me to attempt this trail.

We – my aunt and I – started our journey at the 29th Street Trailhead in Ogden, UT. From there, we followed the Bonneville Shoreline Trail southward. If you don’t do enough research about this canyon, you might get lost and confused as to why there isn’t a sign for Waterfall Canyon. I’m not that person. I googled everything I needed to know for the day’s journey. 🙂

We spent the first 30 minutes or so trudging uphill beneath the sun. Honestly, I thought about quitting during the first 5 minutes but I told myself, it’ll get easier. Keep going. 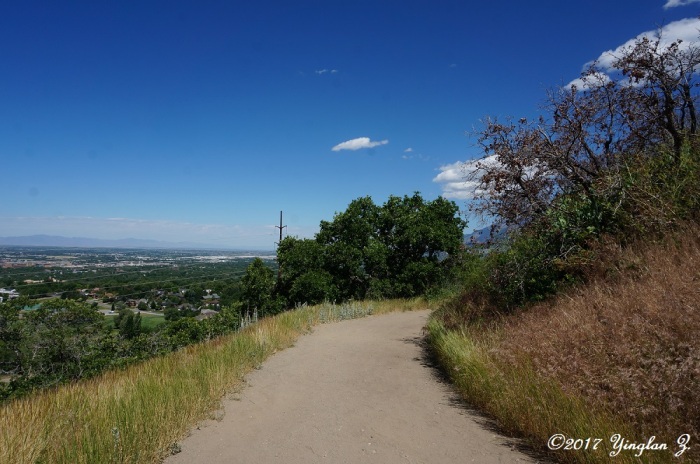 It seemed the path levels and widens as we approach the Guest Ranch, private land which the trail coincidentally fell within its border.

As we climbed, my legs began to jiggle. I started consuming water even though my mind was screaming conserve. After a few minutes of climbing, I demanded a break and asked a passerby just how much farther we have to go. The passerby said we should reach the sign for Waterfall Canyon in approximately 0.3 miles and the waterfall in another 0.8 miles after that. That’s not so bad, I thought. 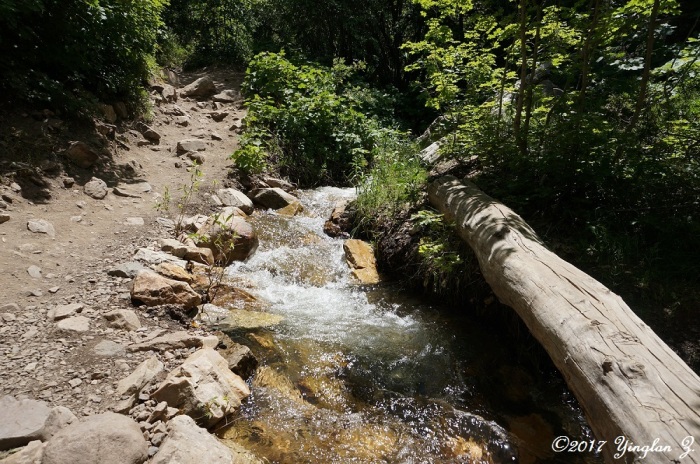 But then she said the paths up to the waterfall are steep and narrow. Right then and there, I wanted to turn around and run back to the car but my stubborn mind said, “You’ve come here to see a waterfall and a waterfall you shall get to see. March on!”

After two-and-half hours of climbing over rocks, concentrating on what is the safest path to take, and scraping my knee, we made it to the waterfall and I tell you, the strenuous hike was well worth it.

7 thoughts on “Which Way to Waterfall Canyon?”