Saturday, October 22, 2016, was a beautiful day in northern Utah. The sun was shining bright and the temperature was perfect for outdoor activities – not too cool nor too hot. After weeks of anticipation, the day I’ve been waiting for had at last arrived. It was the day I was going to take my aunt hiking. 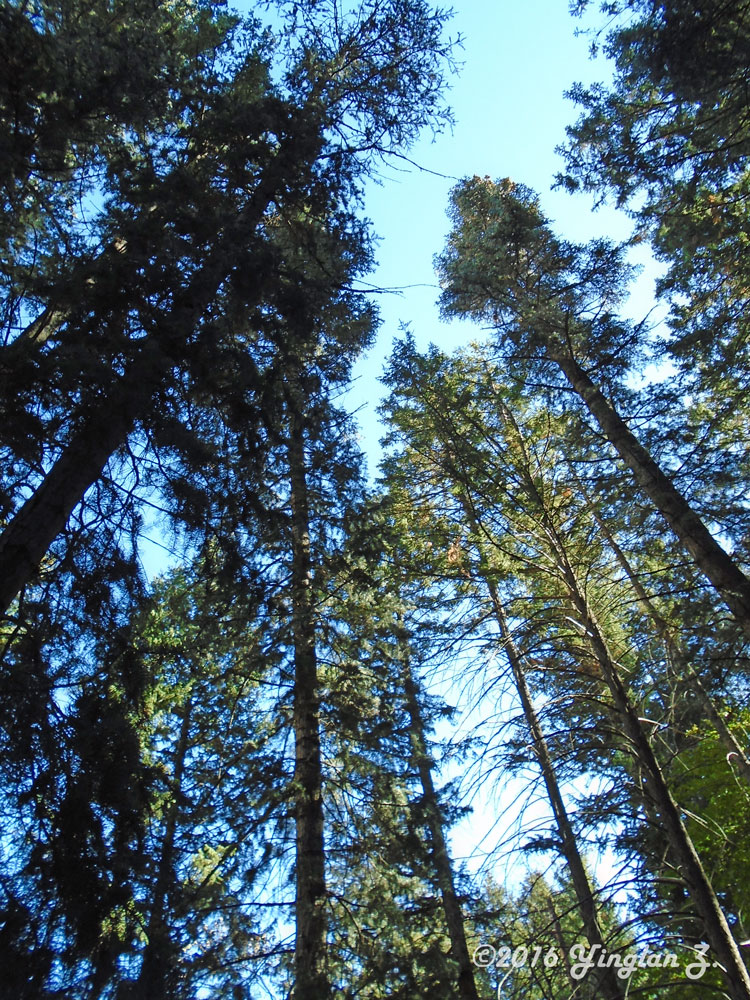 We arrived at the dusty unpaved parking lot at around 11 am. Pumping with excitement, I volunteered to carry the backpack but my aunt shook her head, she’s worried about my already hard-working heart. “If you need to switch, tell me.” I said and we began our ascent.

She shrugged, didn’t care. She just wanted to see the beautiful autumn colors and that was fine with me because that was what I wanted too. We saw some wonderful yellow and reddish colors from the maple trees at the beginning of the trail and as we went further, the trees became more and more bare. 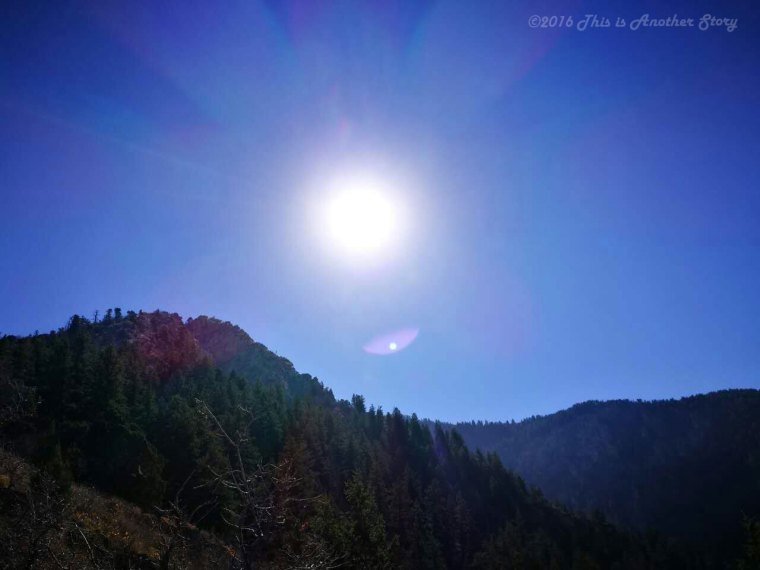 The forest looked so different than the last time I came here which was mid-August. Shades were no longer so abundant that I had to take my hat off and the rustling sound of the leaves accompanied by the wind was gone.

About half-way up, we took a break and broke out the snacks. My aunt set her expensive selfie stick on the ground, taking a pause from taking pictures and pulled out her precious apples while I had brownies, not a fan of apples. The brownies were surprisingly sufficient because even after two hours of hiking, I wasn’t really hungry. Maybe it was the protein shake or the grits I had for breakfast. After lightening the load by a fraction, we continued our ascent as we entered another woodsy area full of spruce trees.

They were different in sizes. Some were giants while some were smaller. Some even toppled over, leaning against the trees across the path. This was not an area I been to during my last hike on this trail which made me a little anxious since I had no idea what to expect up ahead. There could be vertical slopes or perhaps some scary obstacles but with frequent pauses and breaks, it calmed my anxiety and before I knew it, we arrived at the summit.

The view was magnificent. I saw the city like I’ve never seen it. My aunt took this picture with her phone. I didn’t want to use the one I took because for some reason, I thought this was better.

We continued down the path, which would had eventually led to another parking lot about five miles from where I parked my car. “Let’s try the other parking lot next time.” My aunt suggested. After walking for another hour or so, we decided that it was time to call it a day in the woods. My mom would be home by the time we arrive home and we wouldn’t want her worry about us. So we turned back to the way we came. We’ll come back for another trip on another day. Upon reaching the summit again, we took a final quick break while waiting for a group of cyclists to pass before spending the next two hours descending the mountain.

My aunt took this picture while I wasn’t looking. I didn’t even know it until she sent it to me and it’s quickly becoming one of my favorites.

30 thoughts on “Hiking in Sunshine”