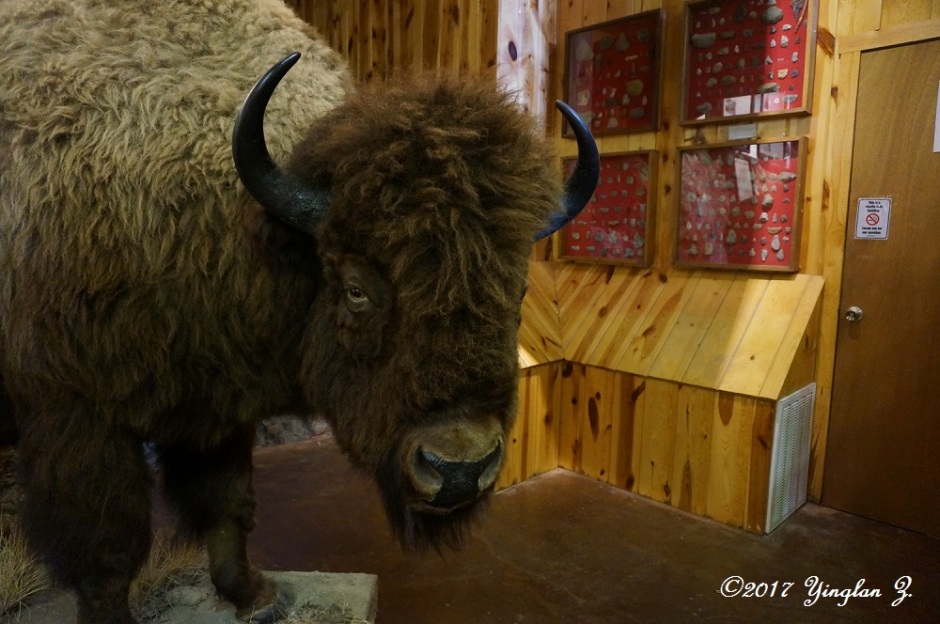 I have been going through the 2,200+ pictures I took on my road trip. I am trying to get through it, to pick out the ones I want while leaving the others where it is. I’ve tried going from the end and the other way around. It’s still feels like a lot of pictures. For some reason though, I keep returning to this picture. This picture feels so creepy the way its eyes stare at you. Do you feel that too? At the same time, the more I look at it, the more I adore it. How could people had been so awful to kill this adorable creature?

F.Y.I – I learned this from visiting the museum at Wind Cave National Park in South Dakota. There were over 20 millions bison roaming North America but by the end of the 1800’s, bison were hunted to near extinction. Its population: less than 1,000. As of recently, the bison population has grown back to approximately 200,000. Sad, huh?