Photo by rawpixel on Unsplash

What’s the biggest screw up in the kitchen that you were responsible for?

It’s hard to say. I’ve had a lot of screw ups in the kitchen over the years. My most recent screw up, I would say, is when I tried to make brioche two weeks ago. I had no idea it would take so much work – a dough starter, dough, time, not to mention I was missing a dough hook, which meant I must knead the dough by hand.

The bread did not come out right at all due to under-kneading. A dough hook, in my opinion, is the essential necessity to bread-making.

Another one of my memorable screw ups was when I tried to make Italian meringue for a cupcake frosting a few months back. It took me too long to pour the hot sugar syrup into the egg whites and it caused the sugar to turn rock hard. When I turned on the hand-mixer, whipped egg-white flew everywhere. What a mess it had been!

What, in your opinion, makes people believe absurd conspiracy theories?

Faith? Hope? Curiosity? I, for one, am one of those people who believe in absurd conspiracy theories. I don’t know why. I’m fascinated by them. 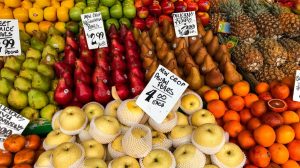 Photo by Rajiv Perera on Unsplash

In 40 years what will people be nostalgic for?

Low price foods and goods. Things are going to get expensive, in my opinion, so expensive that a lot of people will probably not be able to afford some of the everyday items.

Is a hot dog a sandwich?

What wonderful thing happened to you this week that you’d like to share? It can be a gratitude moment or something that just made you feel very happy at the time or made you laugh.

I got to see more fall colors when I spent Sunday afternoon driving up the mountain. I got some wonderful pictures despite not getting the chance to do one last hike before winter. My new car handles the curvy mountain roads beautifully and I am happy about that. 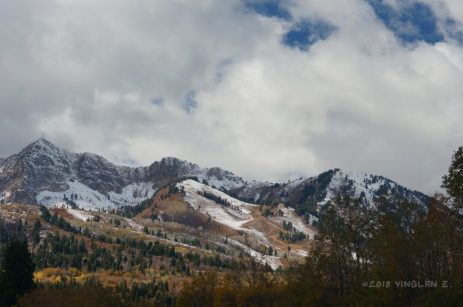 Finally finding a Halloween costume for my work party was also wonderful because I had spent the past two months figuring out who I going to be for Halloween ever since I found out the department is doing a group costume representing each of the twelve months in the year.

After an hour at the Halloween store, I settled on a Bumble Bee costume to represent the month of August – National Honey Bee Day.