Wow, over the past two weeks, I had so many award nominations that I lost count. So that means it’s time for another award wrap-up. I went back through all the comments and ping backs I received and counted, five (recent) and one from a long while back. I just forgot about it. That makes six nominations! Wow, thanks guys! 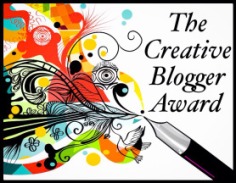 So the first and second one is The Creative Blogging Award. Thank you so much, Izzy-Grabs-Life, Nortina Marciela, Lrod’s Blog, for nominating me for yet another award.

The rules are to thank the blogger, put up five facts, and nominate 15 to 20 blogs. Wow, that’s a lot. I will save the nominations for another day. As for the five facts, I will combine it with the Infinity Dream Award below and that makes seven facts. Too many awards, have to be flexible. 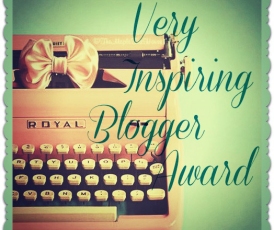 The second nomination comes from Geethu of Chococurrent and it is the Very Inspiring Blogger Award. Thank you so much.

Since this award only require to nominate 10 bloggers, I will save that for another post soon or never. It depends on my level of procrastination.

The third nomination is from Frederick of Fredtotherick and it is the Sisterhood of World Bloggers Award. Thank you, Frederick.

The rules are to answer the ten questions given by the blogger, come up with 10 other questions of my own, and nominate about 5-10 bloggers. Again, I will save the nominations for later. Seven facts about me:

Thanks for all the nominations, guys. I will take my sweet time to nominate bloggers for each award which more detail will be announced in future posts.

8 thoughts on “Catching up on Awards”