“Just how many Christmas parties will we go to this year?” I asked mom on Christmas Eve as we were about to leave for our 4th Christmas party of 2015.

She shrugged, carrying a big cardboard box containing two trays of her specially-marinated Chicken Wings and one of my sweet potato pies. “Who knows,” she answered, “There’s at least a fifth, on the 28th.”

I felt as though I’m about to dramatically faint. Not that I don’t enjoy parties. It’s just the after effect of the different kinds of food I get to try that I don’t like. The next morning, Christmas, I woke up, still wearing my pajamas, and rushed downstairs. No, not to open presents. Ha! as if I still get presents these days. No, I rushed downstairs to the scales. Two pounds, that’s how much I gained. That’s two more pounds I will have to lose to get to my desirable weight which now, instead of 14 pounds, it’s 16 pounds.

To most of you, you might be like, “16 pounds isn’t a lot.” To me, that’s a lot, considering my height. I’m only 4 feet 8 inches or 143 cm. At my current weight, I’m considered obese. So you can imagine my panic but it’s a good thing I have a treadmill but I will have to lose a lot of calories on it.

Anyway, I’m done with my complaint for the day. Here are some pictures I took of the party.

Cakes and cupcakes I helped arrange but did not eat. I did have one of the cupcakes with the red and green sprinkles though. The white stuff is real cream. I know I shouldn’t but it was good.

Mom’s friend’s tree. I should’ve taken a picture of the outside of her house. I’ll bet it was the most festive house in the neighborhood. The inside was like stepping into a Museum of Christmas Collectibles.

A whole lot of Nutcracker 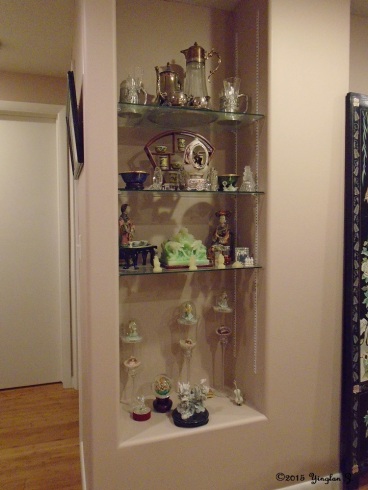 A mix of East and West

Now, let’s not mention the food. I didn’t get to try everything because mom was pushing me to hurry so we could go home. So by the time the rest of the party came, I was already full. So I just sat in the background, camouflaging myself while taking pictures of the delicious food.

This is mom’s specially-marinated Chicken Wings. I can’t say it’s famous because it’s a something that anyone can do. I’ve made it a couple times myself and it’s awesome. 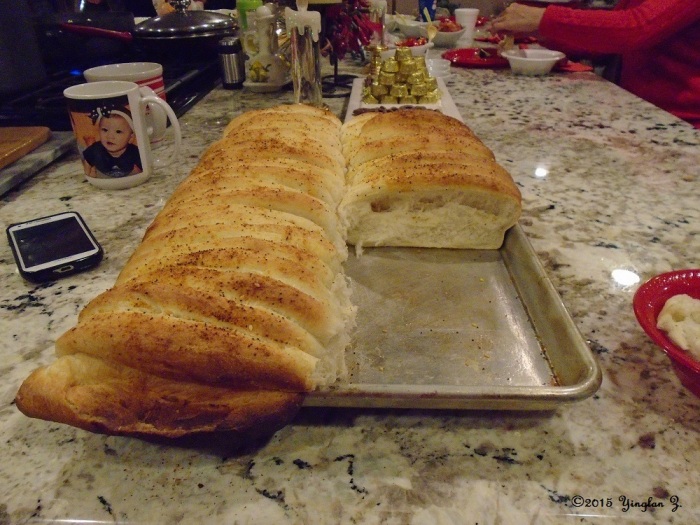 The counter soon turned into a buffet counter where everyone went in a circle gathering food and finding a place to sit.

14 thoughts on “A Foodie Christmas Party”