Every year between Thanksgiving and Christmas, there’s always hardly anything to watch on TV.  That is if you’re only using the rabbit-ear antenna like me but otherwise, you will have plenty to watch if you have cable or satellite.  For me though, every year is the same, just about every channels available are showing either a re-run of Charlie Brown or some annual made-for-TV Christmas movies like on the Ion Network. 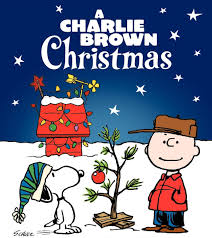 Last night, I sat through a showing of “The Story of Santa Claus” on CBS.  Although it came out in 1996, I’ve never seen it before and I’ve got to say, it was not as bad as I thought it would be although the theme was almost the same as most of the other shows I’ve seen, believe and miracle will come. This show however sort of enlightened me on the origin of Santa Claus.

Warning: the following contains the synopsis from my personal point of view.  If you have not seen the movie before, I strongly suggest that you do not read it for it contains spoiler but continue at your own risk.

According to the show, Santa Claus was a poor toy maker who and his wife, Gretchen, struggled to pay the bills.  It seemed that at the beginning of the movie, he was almost like the joke to the town.  Anyway, the couple was soon being evicted by their landlord.  The landlord, cruel and lack of belief, took Mrs. Claus’s wedding ring from her hand to almost used like a collateral.

The Clauses’, sad and homeless, made their way to the pier where Saint Nicholas made a goal to deliver toys to every children of the world on Christmas.  Mrs. Claus at first might have thought it was impossible but then she believed her husband.  Therefore, they needed transportation.  They begged the pier manager to lend them a boat but without money, he refused to do.  Fortunately, it was then that the little boy whom Nicolas gave a free toy to at the beginning of the movie spotted him and his father happily lent his own boat to Nicholas and Mrs. Claus.

So then, they set out on the journey but was hit by a raging storm where they were transported to the North Pole.  The next morning, they woke up to snow and ice while a couple of armed elves, now that isn’t good.  For a few seconds, they were surrounded but Clement soon interrupted by sliding and falling all over the place only to be rescued by Nicholas.  For that, Nicholas can have his fondest wish come true which was to deliver toys to all the children around the world.

Well, that caused some argument among the elves, most including Nostro, the head of the elves, deeming the wish impossible to fulfill and thus will cause all the elves to lose their magic.  Saint Nick wanted to take his wish back but he couldn’t for it has been etched into the stars.  That basically made everyone extremely upset especially Nicholas, who wanted to bring joy to the children of the world.  Out of nowhere, he thought of an idea, to use the ice to build his workshop.

So as he was building his workshop, the elf, Aurora, came and asked a bunch of questions and said a bunch things about how elves don’t believe in manual labor. A song about team work and imagination later, Aurora suddenly got paired with Clement, the soul person she dislikes in all of North Pole.  Reluctantly, the pair and the other children elves went to find wood in a forest north of the North Pole.  Nostro, being his negative self as always, was spying from afar in an igloo with his magic book.

By nightfall, all the children elves returned, carried with them wood and animal.  All the parent elves were amazed since they could never get their children to do any of those things.  Therefore, they all decided to help the Clauses to fulfill the wish.  With magic, they built the workshop in no time at all and soon, all the elves were happily working, building toys for the children of the world that is until they got tired and started a fight which ruined everything.

The next day, Christmas Eve, Santa returned to the workshop and found the toys missing.  No one knew where it was.  Everyone started to panic that is until Clement showed up and addressed the question.  It turned out he put all the toys on the tree to dry out the paint.  It was then the tree became known as a Christmas Tree.  That’s probably why we put ornament on a Christmas tree like what my mom and I did yesterday.

Anyway, by the time they got all the toys into the enormous bag, it was time to go deliver the toys.  Accompanied by Nostro along with Clement and Aurora, Santa and the sleigh flew across the world, sliding down people’s chimneys since people locks their doors and windows at night.  Just as he was finishing delivering gifts, the magic on the sleigh was running out as dawn was approaching and that caused the sleigh to begin plummeting.

Nostro the non-believer refused to help saying there’s nothing he could do about the magic running out.  Santa, Clement, and Aurora, on the other hand, believed in everything and urged, not in a nice way, Nostro to believe in the same thing as well.  A moment later, Nostro held up a determined face and cried out “I Believe!” Then, as usual, a miracle happened and they made it back to the North Pole safely.  With magic, Nostro made the Clauses immortal and that Santa was to deliver toys to all the children in the world on every Christmas Eve forever.

Overall, I think this is a good movie for children to watch or for the people who doesn’t believe in Santa Claus to watch and maybe they will start believing.  I know some of my students doesn’t believe in Santa because they claim he’s (air quote) not real.  I would then often reply, “If he’s not real, then what’s NORAD tracking every year, if not his sleigh.” Honestly, we all need to get into the spirit of the holiday and stop being so grumpy like Nostro.