You know what award I’d really like to receive?

I would really like one of those plaques they give out to great students at college graduation. It would be such a honor and I probably don’t even have to prepare a speech, unless the plaque says I’m the valedictorian, then I’ll have to make like a 5-minute speech and probably will have to thank somebody. There are really no one to thank. Who’s there for me to thank, well except the usual, my mom and God, whose name my aunt says like a big joke.

“Don’t joke about him.” I told her once. I wanted to add, “If you keep joking like that, he might come back and bite you from behind someday.” She just rolled her eyes.

Anyway, my mom might be the only other person I’d thank because even though she’s a pain, she did support me and did paid for most of my things. I guess at the end of the day, I have to give her the credit she deserves.

Speaking of awards, elementary and middle school were my big years for award. I still have the plaques and trophies downstairs in the basement. My mom calls them sympathy awards but I ignored her. Apparently, Chinese culture don’t believe in awards but I do. I think they’re a way to make a person feel better about themselves.

These are the two trophies I received in 5th and 6th grade. The smaller trophy is much more special because it’s got my name engraved on it. I got it in 5th grade for being good at math. The other one was from 6th grade. During the final assembly of the school year, the principal passed out Perfect Attendance trophies to all the students with Perfect Attendance. There were about 100 students who received this award.

I shouldn’t have received it but because as a habit, my teacher marked me present when I was out sick, I got perfect attendance. 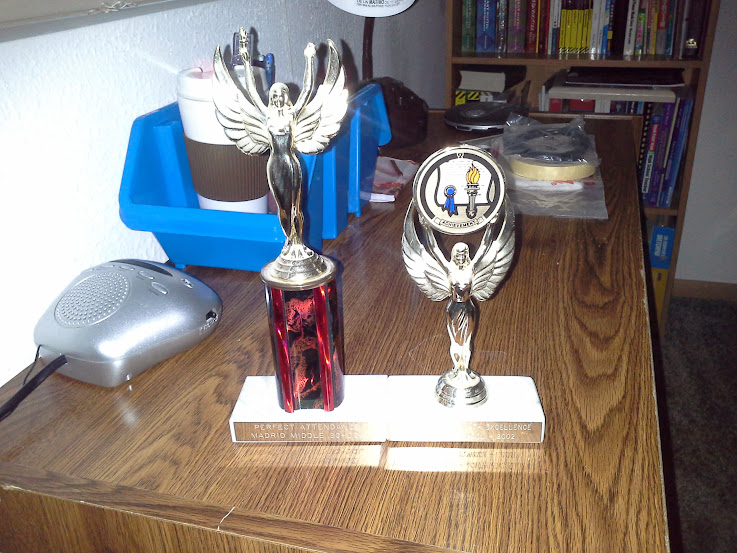 I keep a whole shelf just for my awards. It’s not much but I’m happy with my collection. 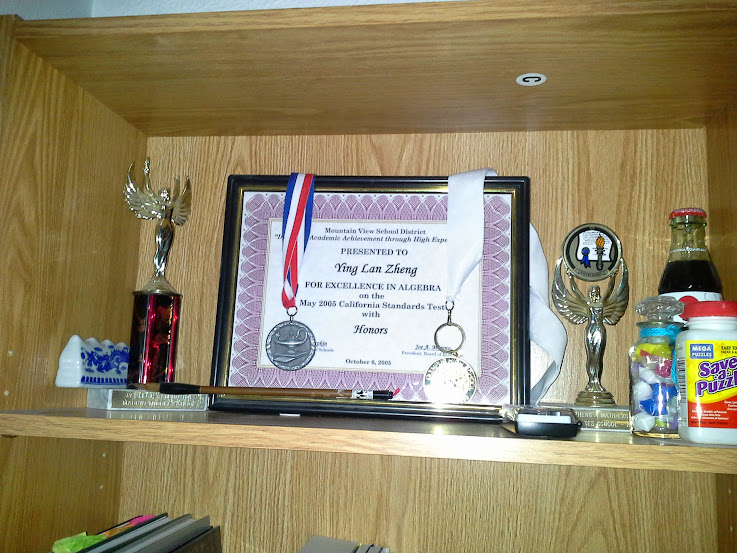 3 thoughts on “Awards for Academia”