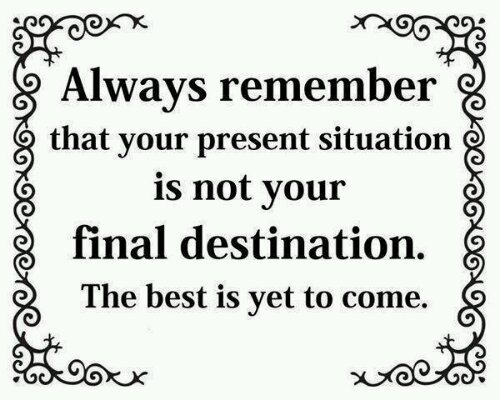 Happy Sunday and what a week!

So much went on in my world last week. I don’t know where to begin. First, let’s begin by saying my summer break has officially come to a close and I’m set to begin school on Tuesday, the first of September. It’s supposed to be tomorrow but I don’t have class personally, so I get an extra day of lazying around the bed whining, “I don’t wanna go to school.” 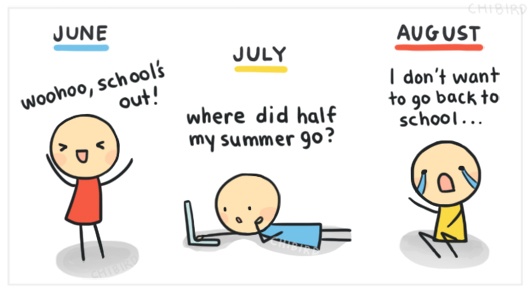 Oh wait, I can’t because I’ll have plenty of sleep by the time my classes begin. All my classes this semester are night classes, Tuesday, Wednesday, and Thursday, three classes, three nights. I just hope it’s not straight 3-hour lectures.

I haven’t taken a night class since 2013 when I took that project management class for my technical elective. That class was fun especially when it came to simulations but when it came to tests, I did okay, just barely passed the class.

Anyway, onto the week. A lot has happened. Too much and I haven’t been able to write about it. I’ve been too busy writing my novel instead.

My boss finally got a credit card terminal for the point-of-sale and of course, no one knows how to use the new point-of-sale. So they’re all depending on me. I asked the guys how long it will take my boss to learn to use this new system. He said, “four months.” I gasped of course.

10 minutes to 10 hours, that was how long I worked on Thursday. I was the accountant, the receptionist, greeter, and the cashier. I should really ask for a raise but looking at the financial record, I’m not really sure if a raise is appropriate.

Meanwhile, my mom’s mood did a 360 last week. Last Saturday, one of her co-worker has recommended a job at an investment firm. On Monday, her impulsive self took over and she screamed, yelled, and even bellowed every horrible thing about me at the top of her lungs. Just because of what? Because she assumes I haven’t applied for the job and I’m not trying hard enough to find a job and because I was doing what she wants which is to be her little servant. Vacuum, clean, get multiple jobs and be her little punching dummy.

Don’t feel bad, I healed myself with the power of meditation. I plugged my headphones into my ears and began

listening to a guided meditation on YouTube to release my anger and finding my protector of light. In the middle of that meditation, gently, I let the tears fall. I needed to let the tears out of my system, they’ve been trapped for way too long. Slowly, I let it wash away my aches.

At the end of the meditation, I told myself, “Change will come if I just let it.” I’m still repeating that phrase in my head.

Tuesday was more or less the same thing. It was something silly. I chose not to listen.

That afternoon, we drove to school. I wanted to go alone since it’s my appointment but she insisted on tagging along for her own convenience. At the meeting, I found out that my life will indeed change. I am going for the second Bachelor instead. It’ll save me a lot of time and energy of studying for the GMAT again as well as preparing for the CPA exam, which I found out I don’t really need. Oh, let’s not mention the amount of money I’ll save myself.

As I waited for mom to take care of her business at the school, I took a minute to snap some pictures of my surroundings.

Later that afternoon, a flyer came to me from my adviser. It’s a flyer for the Chicago trip which the chair of the department along with a group of students are taking at the end of October. I became excited at first glance. “Are you serious?” I shrieked. What an opportunity!

I’ve never been to Chicago and I haven’t gone anywhere in more than three years. The last time was when my mom’s family came visit in 2012.

Unfortunately, it’s not that easy. I need permission from my mom. Can you believe it? 24 and still need permission. I just don’t want this to come back and bite me hard. She pinched her face when I told her, excitedly, I might add. She’s never been to Chicago either.

This was how she responded, “If you want to go, just go. I wouldn’t recommend it. It’s a waste of money. There’s not much to see.” She also said some awful stuff that I’m not sure it’d be a good idea to write down.

“You’ve never been, how would you know?” I questioned. She just replied with a firm, “I just know.”

In the latter days, she’s still make attempts of convincing me not to go. I want to go and I am going to go. Who cares what she thinks? She’s made it clear that I matter less than her precious money and stocks.

I want to taste the freedom of not being in her presence twenty-four-seven. Besides, I have never been to a city as big as New York or Chicago. I have only heard what mom said about big cities. So how will I know the truth if I don’t experience it myself?

Oh, wow, this is turning into a long post. That’s what you’ll get when you don’t blog for a week.

Most of Wednesday, I sat in the basement and wrote because how else will I achieve my dream of becoming a writer. The novel isn’t going to write itself.

So far, I have written the first chapter and then I skipped all the intro chapters for now to write the climax and ending. So far, about 15 chapters has been written or about 17,000 words. I can’t wait until the whole thing’s finished. I can tell now that it’ll be exciting.

Meanwhile, mom’s rage cycle seemed to have plateaued on Wednesday because she gave me the silent treatment on Thursday and then Friday and Saturday, she was back in the annoying stage which I may add, it’s pretty strange this time. She suddenly wants to tickle and cuddle me like a little baby. That is a very freaky beyond my comprehension.

Work has begun again yesterday. Mom wants to start early for September since we will have tons of homework soon. I feel work is going well, made some progress yesterday after listening to brain wave music.

I don’t know how it works but it makes me want to work instead of doing fun stuff like write and blog.

Oh brother, this post is turning into one of the longest posts I’ve ever written. This isn’t like me to be so chatty. Anyway, I don’t want to keep you guys. You probably have other stuff to do, other blogs to read, so until I post again. Have a great Sunday. 🙂