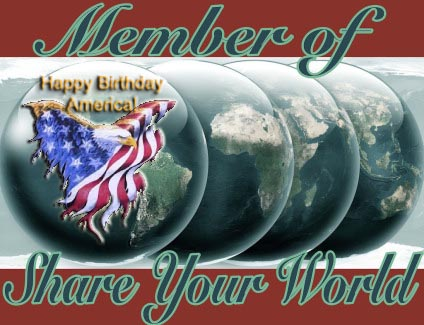 What do you think it means to be healthy?

Most people would look at me as a model of a healthy but really, I’m not even close to that definition. I was born with a gene mutation that basically broke my bodily function to take in calcium. Even with all the vitamin D I can absorb from the sun, it won’t replenish the calcium supply in my blood. Instead, it leaks out and forms little calcium crystals, form it in the right spot and it will cause me hell. At this moment, I’m on a pill to slow the crystals from forming.

Oh, and did I mention I have subcutaneous skin lupus? I spend most of the year running from doctor to doctor, following up, and trying to prevent this thing from going systemic because once it does, it can attack any of my internal organs. Right now, it’s just attacking my skin.

Is being obsessive about someone or something a good thing?

That depends on the person or thing that is being obsessed over. Generally, being over-obsessive isn’t a good thing but a small obsession now and then can be a good thing.

After a disagreement with your S.O., do you initiate the makeup conversation or wait for your S.O. to do it?

If one can call my mother my significant other, then neither. There’s no way I would stir that rat’s nest and besides most of time, I’m not the one to start the argument. My mom has control issues. I used to be this good little robot who does whatever she likes. I guess, in a way, it made her feel superior that I was this easy to control.

Unfortunately, as I grew older, I became somewhat like a robot becoming a real person. I began to have feelings and thoughts and opinions. She didn’t like that. Now that I’ve thought about it, all the times we fought, it felt like she was just seeking ways to redeem control over me. There’s no way I’d ever apologize for that.

Have you ever done something incredibly embarrassing in front of a huge crowd?  Feel free to share details or not.  Some things are best left in the closet..

I’m not sure if 10 people in an auditorium classifies as a “huge” crowd. I was in debate when I was in middle school. Actually, not really, I just wrote this piece for my Language Arts class, which the teacher really liked. It was a persuasive piece – I think, I was quite good at those.

The teacher submitted my piece into a debate contest and landed me in the semi-finals. It was my first time giving a speech in front of anyone but when I got to the lectern, everyone discovered I was too short. Instead of giving me a step stool or something to stand on, the teacher moved the microphone from next to the lectern to beside the lectern.

My legs have already become jelly. The lectern would’ve hidden my shaking hands and legs. Why, oh why, must she make me leave the comfort of the lectern? In the midst of my nervousness, I mindlessly shuffled my note cards and had forgotten to label them. What’s embarrassing was definitely my frozen face. I was so nervous I couldn’t speak up there. I ended up blacking out. I don’t remember what I did. All I know is I ran off the stage afterward, hands trembling, and legs shaking.

What’s your sweetest memory from childhood?

I don’t have many fond memories from childhood and though I don’t have specific memories from this period, I can tell from the pictures my best years were the first 5 years of my life, before any of my male cousins came in the world. My parents (plural) often took me to the park and took pictures. I could tell my dad treated me like his little models. His photographs of me seemed so professionally taken. Though those memories and his face are now cloudy, those years will forever be my happiest years as a child.