I am going to put a spin on this week’s #SundayStills because, to me, #construction isn’t always about buildings. There is construction going on in nature as well. In fact, nature is always working on something.

Like in my garden, I am constantly adding plants and planting seeds. It’s in a constant state of change depending on many variables.

We are now in the final days of August. My cherry tomatoes are finally ripening. My heirlooms tomatoes are growing like balloons each day. I am now averaging about a pound of green beans a week though some of my bush bean plants are looking like they’re about done. My raspberries are also ripening and I’ve probably harvested about 10 zucchini squash off of a single plant.

I also had to pull my watermelon plant out along with a row of bush beans as they are not looking too good. I’ll have to add nutrients to to this soil before winter comes.

Since last week, I’ve begun transplanting my fall crops – leafy greens and brassicas – which I started from seed on the 1st of August. I finally finished transplanting the last of my fall crops last night, ducking my head and sticking them in places that can guarantee shade as they don’t like the hot weather. The days are still in the 90’s, did I mention that?

So see, the garden is always in a state of fluctuation – a constant work in progress. There are life and there’s death. The work is never done.

After harvesting almost 2 pounds of cucumbers out of my garden yesterday, I inspected the fridge and discovered I was almost out of pickles. I made a jar of pickles with my previous harvest (of almost a pound) and within a few days, I had almost devoured it all. My homemade pickles are that good.

Spontaneously, I weighed and washed the new cucumbers. Using my favorite knife, I removed the ends, halved and quartered each cucumber and put them into a colander, toss them in 2.5 teaspoons of salt and let them sat for an hour per recipe instruction.

What I like to do with the cucumber ends is chuck them into my compost pile just like I do with my kale stems, sun-scalded veggies and fruit, and cracked (inedible) fruits.

I use a 20-gallon garbage can for my compost. It was nearly full the last time I checked, which was about a month ago. Yesterday, I figured, since I had an hour to kill, why not check on my compost and turn it.

What I found was a surprise.

Yesterday, upon uncovering the top of the compost, I found what looked like black soil. I was confused. Where did this soil come from? I didn’t accidently dump soil in there, did I?

Grabbing a small trowel, I dug down deeper. Nothing but black soil. Black gold, as fellow gardeners say. Compost! You idiot. A voice shouted in my head. You made compost!

I couldn’t believe it. Why was I so skeptical? Why couldn’t I believe all the things I put in broke down into organic matter? That fast?

Of course, this pile is never finished. I covered the black gold with two bucket full of tomato plant trimmings. There’s always more to be added, more to do, always a work in progress, always under #construction. 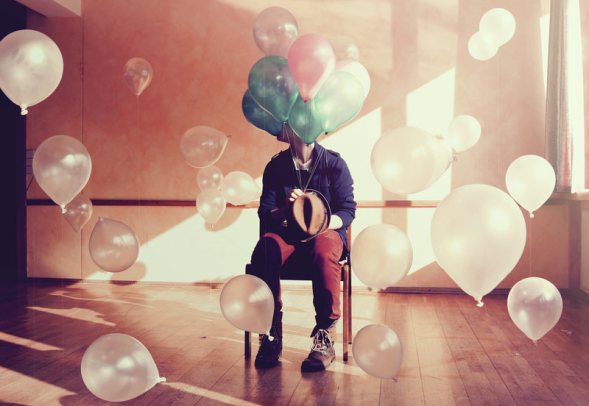