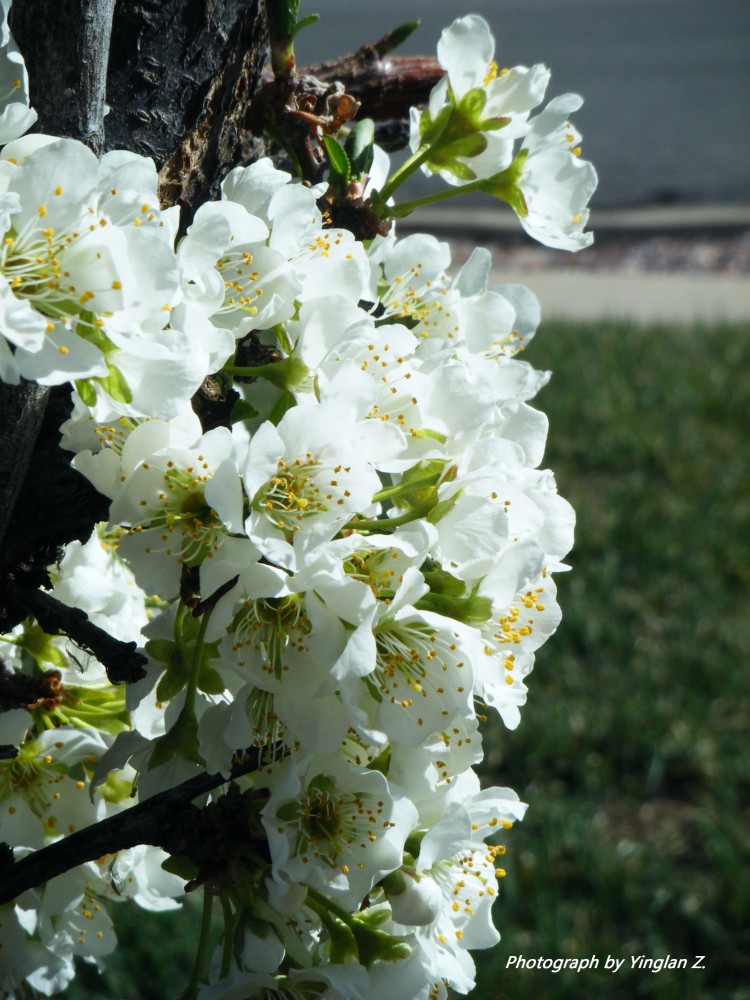 I think my photography journey truly began when I took and posted this photo (above) at the end of March 2015. It was this close up of the Japanese Plum Blossom taken with a simple Fuji 7.2 megapixel point-and-shoot that got me interested in photography and I haven’t stopped much since.

There is something about close-ups and macro that’s captivating and mesmerizing. I can’t describe it in words but I know if you’ve ever taken a close-up of a flower, you’ll know what I’m talking about.

Before another thought, I began to photograph everything – the snowy mountains that can be seen in my neighborhood or just my nightly meal. With this small camera, I even traveled to Las Vegas and Chicago.

In late 2015, still very new to photography, I decided to purchase a new point-and-shoot, hoping to improve my photography. If only that were true because now I know it’s not all about the equipment but I must say, the new camera did take better pictures.

After graduating with my second Bachelor degree at the end of 2016, I went and spent a few months in China in early 2017. It was there and then I met my first mirrorless camera – Sony Nex-5T. My aunt purchased the camera in 2013 for her trip to Northern Europe but never got to use it as the camera was too complex to operate.

After reading the 200-page operation manual and through trial and error, I took over 2,000 photos between January and May 2017 – of China, of the Canadian Rockies, and of Yellowstone. Unfortunately, I didn’t know the advantage of a mirrorless is that I can shoot in RAW format. Most of those 2,000 photos were shot in JPG, which means it’s difficult to edit.

In late 2018, with a steady job that I enjoy, I decided to subscribe to Adobe Lightroom and it was then I began truly shooting in RAW format. It was also then I diagnosed a moldy sensor in my mirrorless camera, which hindered the ability to shoot long-exposure as horrendous darks spots would fill much of the images.

If you had asked me what those numbers meant a few years ago, I wouldn’t had been able to tell you and I would’ve told you those f-numbers don’t matter. However, I know so much better now thanks to YouTube. F-numbers matters.