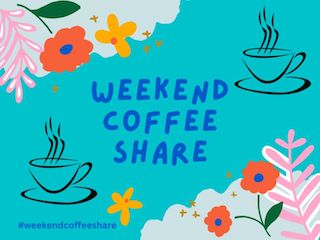 Good morning! Please grab a mug of something and join me on this super cold Saturday.

It has sure been a crazy week – weather-wise. It snowed from last Sunday night to Thursday mid-day with a brief respite on Wednesday mid-morning, allow me enough time to head to the office and do the tasks that needed to be done as well as host my department’s Christmas party.

In the 15 years I’ve lived in Utah, I don’t think I’ve ever experienced such a long period of snow. I don’t think anyone had expected the snow storm to last this long because the winter storm warning kept getting extended like no one could foresee when the storm would end.

What followed the storm were ridiculously cold temperatures. I took a screenshot of the temperature yesterday morning at around 8:30 AM. 13-degree-Fahrenheit but it felt like 3-degree-Fahrenheit. I haven’t seen temperature like this since the blizzard of 2010 and with my body’s inability to keep warm, I didn’t dare to go outside.

I asked my doctor about that, he said it’s not severe enough to be of concern and recommended I wear gloves and a scarf to keep warm. Um, I’m not sure I want to wear gloves and scarf in the house since that’s typically where I feel cold nowadays. The only times I don’t feel cold is either in a scalding hot shower or in bed with my enough body wrapped tight in my comforter.

I was glad the snow finally eased up enough on Wednesday for me to hit the road and drive to the office. I had to keep asking her that morning whether I could leave yet. She didn’t want me to go to the office that day and even insisted I cancel the Christmas party, even after I told her I couldn’t.

Are you kidding me?

Everyone was looking forward to this lunch, there was no way I could cancel.

Honestly though, I would’ve gone even if she had said no. The decision wasn’t hers to make. It was my obligation and my decision. I was glad the snow took a break though. It made the roads less dangerous to drive on.

I had so much fun at the party. It was held in a Brazilian Grill restaurant. It had a buffet salad bar and I decided to try a little bit of everything. Can you tell I love olives?

Not long after I sat down with my plate, the meat began to trickle in. One by one, the servers arrived with large chunk of meat on a skewer. Still wanting to try everything, I requested a little of each. My favorite was definitely the fatty sirloin steak. The fat is almost always the most delicious part of meat.

After the meal, gift exchange was commenced. I was fortunate once again to had exchanged my gift of Cracker Barrel Pancake Mix and Blueberry syrup for an air hockey table. I love air hockey despite only getting to play a few times in my three decades of living. It’s mesmerizing watching the puck glide and the length a player would go to defend the goal.

I can hardly believe a week from today is Christmas Eve and two weeks from today will be the last day of 2022. Where has the time gone? I am sure looking forward to my extended break from work starting next Friday, December 23 and will run until January 3, 2023, during which I’ll be sticking around the blogging world as well as doing some garden planning, crocheting, writing, and reading.

#weekendcoffeeshare is hosted by Natalie of Natalie the Explorer. I appreciate you stopping by and hope to see you in 2023!

19 thoughts on “#WeekendCoffeeShare – Christmas Party in midst of snow storm”